The Temple of dead Gods : Somra

I woke up with a feeling of having exhausted all that I had ever deserved.My body was still numb, I could hardly move, but I could open my eyes.

It appeared to be at the horizon of that moment, cascading down as future seeping out of the present. It sounded like the laughter of the night, mocking the stars that shine their hearts out. As wide as I could imagine, falling out of no where, the cascading water was unperturbed- almost like a mirror.

I started walking faster, I wanted to get to the mirror. The image on the mirror changed to a series of quickly changing images. It was almost like a film running backwards. I could see myself inside the temple moving through the viscous air. The faster I moved towards, it the faster the film ran backwards. I was soon outside the temple coming down the staircase. Time appeared to be on a  roller coaster ride. I stopped walking and  the film stopped. I could not see anything else in the mirror. I took a few steps back and probably as I had expected the images reappeared, this time moving forward. I saw myself entering the temple, trying to get  to its core. I saw myself crying out with pain as if hit by something, but there was actually nothing that had hit me, Walking back I saw myself dissolving in the ether and materializing on the meadow,unconscious.

Gradually walking back was becoming laborious, the closer I came to the point where the mirror was showing a very near past, walking any further became impossible. I could hardly take any steps back and I could see myself laboring with my steps in the mirror too.

I stopped and the images disappeared.

"The temple of dead Gods.It is the origin of space and time"

That was the first time I saw Iti

The Temple of Dead Gods : Inside the Temple

The first peek inside the temple took away my capacity to feel. Reality appeared like a long forgotten dream that only exists in some unknown Deja Vu's. I was no longer aware of my existence independent of everything else. Confined by soulless walls the temple was still without boundaries. Light took forever to bounce off those walls.Images became memories before they could be seen.

The mathematical laws inside the temple were different.Addition was not known.The whole was absolute, it could not be added to another whole to create a third whole. One and One did not make two. The pillars that supported the structure could not be counted. There was one pillar and there was another one pillar and so on.Counting depends implicitly on addition, so the only known number inside the temple was one.

The Ether inside the temple was viscous, luminous. My first step inside the temple was labored, making my way through the ether. There was no air, no smell.The luminous dots strewn across the ether were ideas. Every idea could be seen, plucked and planted.Some of these dots merged together to form another dot, some would just fizzle out.Once I was inside the ether my body was no longer solid. It was dissolving and coalescing at the same time. Any part of my body I was not conscious of would slowly start dissolving in the ether. Alarmed and scared I would notice the part of my body and ether would slowly start rebuilding it.My consciousness was holding my body together.

My head was leaking. From inside the brain, making its way through the skull and my skin there was purple smoke coming out.The harder I tried to plug the leak the more uncontrolled it became. I was leaking memories. After moving around the ether for a long time, they settled down as images. Bright, luminous images of different colors. The azure images of my childhood, faint grey images of adolescence, the yellow images of manhood. There were also images from before my childhood,
before my birth. Images of my death in several lives before, images of my struggle.

Walking was no longer necessary. If I had to move all I had to do was to want to move. The idea of movement was very much unlike ours. To get to a place I had to dissolve into ether. What traveled between two points was just the luminous idea of my existence. I was rebuilt at my destination. There was no time spent in doing anything.

There were spiral planks everywhere. None of these planks ever intersected. They did not lead anywhere. I wanted to get on one of these planks not knowing where it would take me. It was probably  going to take me to the temple's core. I could hear a faint sound of something quivering in pain. I started dissolving myself again to get to one of the planks. Before I could lose myself to ether, something cold hit me at the back of my head. There was suddenly a lot of heat, a lot of light before I started falling into a deep, bottomless abyss of darkness.
Posted by Kunal at 5:55 AM 2 comments: 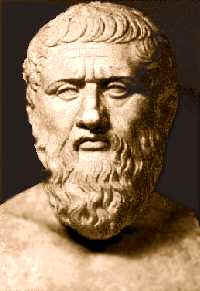 Zeno was a lonely man. In a sleepy town of Velia on the coast of Tyrrhenian Sea he only had his friend Parmenides for company. Velia was ravaged so many times that the only professions that prospered there were Philosophy and Prostitution. People would come to this city to be stripped naked either by Philosophers or Prostitutes or sometimes both.

Zeno was very ugly for a Greek. Socrates nose, ordinary face and small questioning eyes. Of his seven siblings he was the least loved of his parents. He appeared to have a problem with everything. He questioned every idea, every belief around him. He could not make sense of very obvious things in his life. He spent most of his childhood to get a glimpse of the time passing. He would argue - What has passed? He could not see anything passing, yet the world around him changed every moment. Maybe nothing passes, we just hop on from one world to another.Every world being only slightly different so as to give us an impression of something passing. But again he could not see himself hopping around either. The world just did not make sense to him.

He would spend evenings chatting with the only people who he believed understood something about the world - the famous prostitutes of Velia. Zeno would explain them why the whole world did not make sense and they would nod saying - "Yes we know".

He would never want the sun to go down. The nights were cruel. Forever sleepless, he was waiting for something, someone. The missing piece of the cosmic puzzle. He fell in love with the missing piece that would forever elude him. This is where is postulated the famous paradox of motions. While it is explained in many ways, what Zeno framed originally was about a man and his love across the river Alento.

If a man and his love are on the opposite sides of the River Alento and the man starts swimming across the river towards his love, will he ever reach her? He argued that the man would need cross half the river first, so he will still be left with another half. When he crosses the second half of the river there is half of the half still left. No matter how far he goes there will still be a part left for him to cross. There was no way he could get across the Alento. His love would forever be an unfulfilled quest.

2400 years after him, we know what he was looking for. Zeno was looking for his Nano. Nano was the missing piece of the puzzle. Nano is where the weirdness begins. Nano is a term attributed to things of the scale of 10 ^ (-9). This is the scale where the quantum behavior sets in. This is where you start growing week on your knees, your senses stop being your guide. You are left alone in Nano's company.

Nano will hold your hand and take you into this weird world. Unable to see, hear , touch, smell or taste you can only feel in this world. You can feel color , texture and smell without actually seeing, touching or smelling. She would show how gold has a different color here, how space-time continuum is warped around carelessly as if in a perpetual immobile stretch. The further we we walk with her the weirder it gets. Deep into this world there is place where existence becomes an idea. We cannot walk any further. She says it is Planck's wall. We have reached at  10 ^-33 cms. She has never been any further, the world beyond this does not exist.

Zeno did not realize that he could not keep subdividing space infinitely. Eventually he would hit the Plancks wall and no further subdivision would be possible. There would ultimately be a finite distance to travel. But Nano was not there to tell Zeno, Nanos did not exist then.

The Barber who did not shave himself 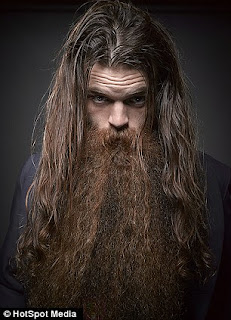 In early 20th Century, Bertrand Russell's paradox, outlined above, lent a severe blow to the philosophy of mathematics that was trying to find its footing among established disciplines (or find it again after Archimedes, Plato etc) .

Looking at the problem more closely a bit of help from mathematics might come handy. The “group”” as used in the paradox mentioned above is often referred to as a SET. A Set of things is different from the thing itself. A SET of humans is not a human. Similarly a SET of humans in love is not the same as a human in love. There is simple way of explaining this idea in mathematics (precisely Set Theory).

If x is free variable (Humans for example) and there is a property λ(Pronounced Lambda)  limiting it (Humans in Love, African Elephants, North Indians in Bangalore etc). Then we can define a set

A = {x:x is in love}. This would be read in English as A is a set of humans who are in love. Or more precisely.

I used hate those braces "{}" in set theory, but I guess she is like an elegant and exotic woman who wears braces to ward of insincere suitors.

Back to What Russel pointed out

Let us define a set R where R is a set of things that not members of themselves. In mathematics it would loosely translate as

Would it be fair to say that such set like R cannot exist? Why not? Well it obviously leads to a contradiction, but that is none of R's problem. What is a set that is not a member of itself. If we look at a set of all things. All animals , plants, bananas, apples, Macs, iPods, men, women, mountains, Andromeda galaxy, Space, time and everything else that senses can perceive or cannot perceive. When such a set is created it should have as its members all that has been, is and will be. Even that which could not be. That would be everything, but  everything is also something so this set should contain itself.

For no mathematical or philosophical reason, I would like to name this set as ∞.

But a set cannot be a member of itself. If there is something outside the set then
∞ is not a set of everything.

How can infinity be contained within itself. If it cannot then there is something outside
infinity so obviously its not infinity. Indian philosophy terms it as Infinity's constraint.
Just being infinite, you have to be infinite in infinite number of ways, constantly evolving andchanging in dynamic infinity.

As Tulsidas puts it,

On an uncertain pi (22/7) his epitome of success he built,
and the drift of a pre -ordained force he called his fate !!
Posted by Kunal at 3:40 AM No comments: 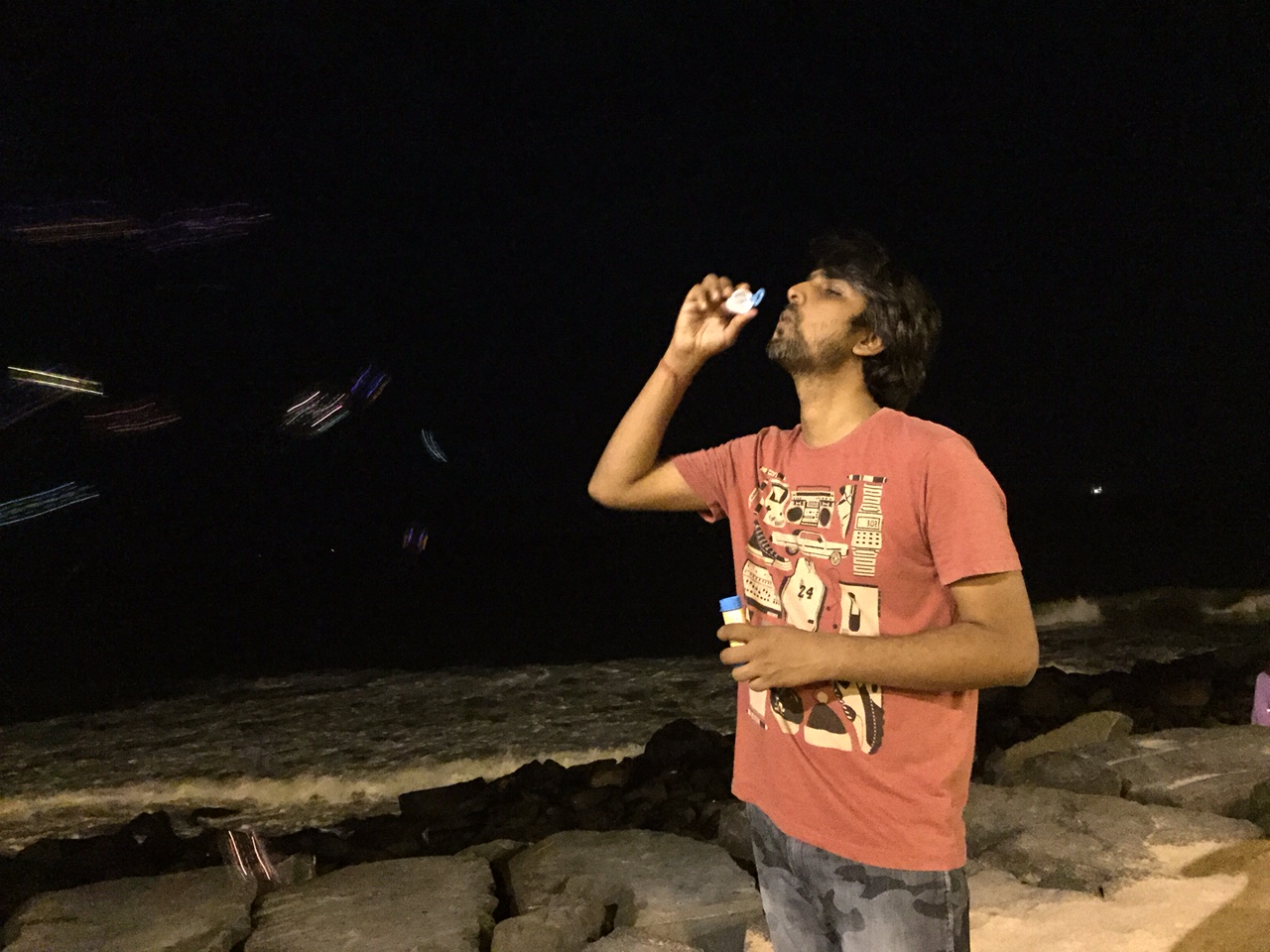